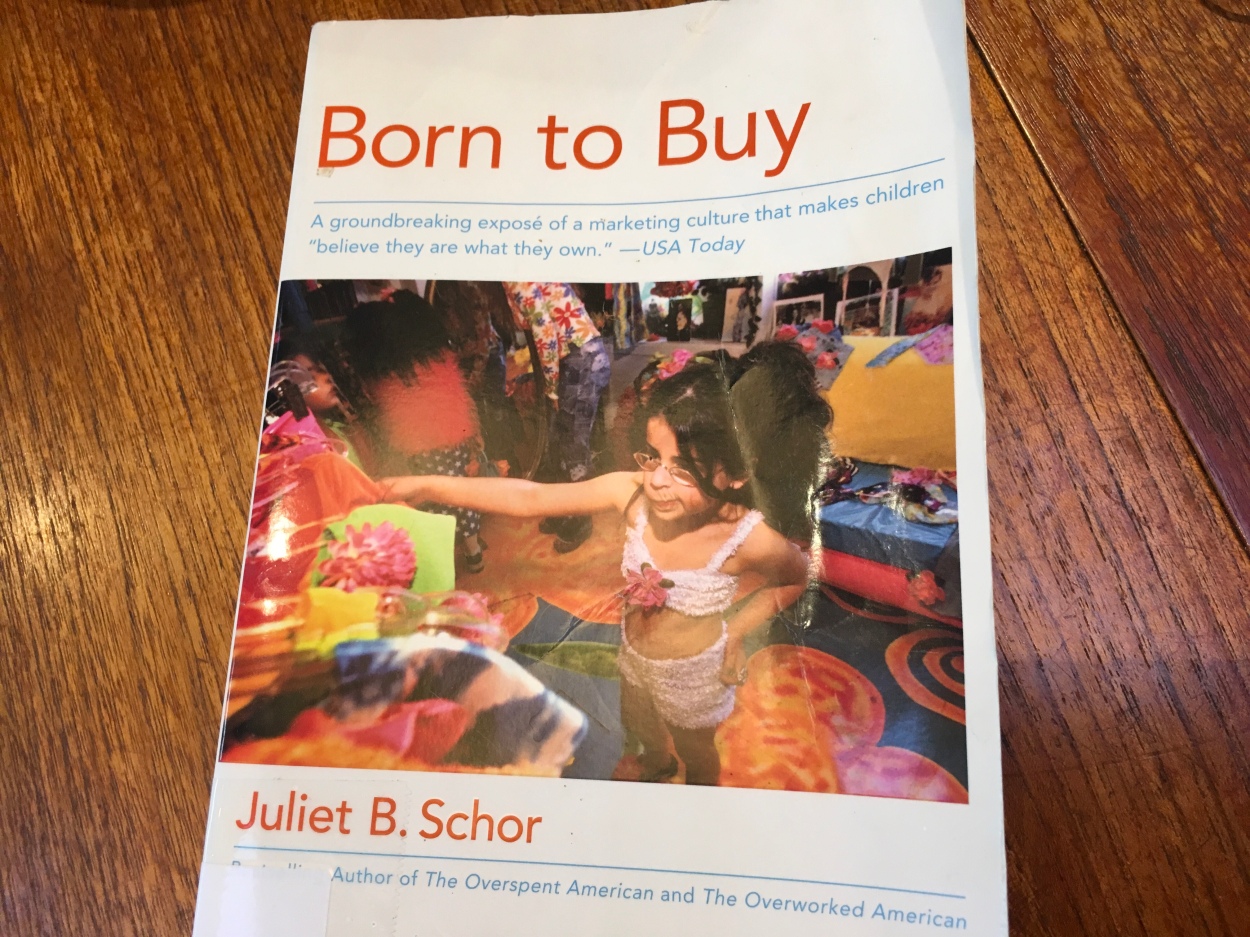 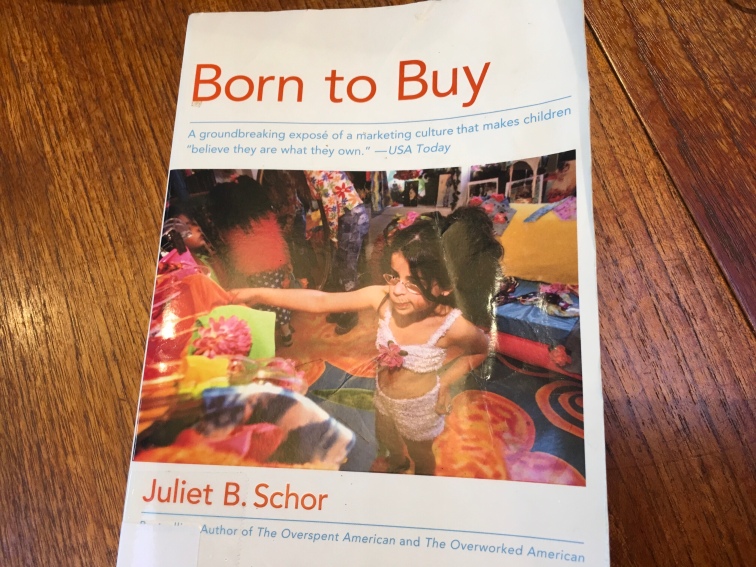 If you want a depressing read as an antidote to all the festive consumerism this holiday season, and a really, REALLY good reason to draw a line under the list of gifts you’re collecting for little Johnny or Gina, you could do worse than to pick up a copy of ‘Born to Buy’, by Juliet Schor, published in 2004.

This impressively researched volume posits the theory that the biggest threat to children’s well-being and happiness is not drink, bullies, perverts, sex, drugs or rock and roll, but the multi-billion dollar advertising budget spent to turn kids into oversexed, status-obsessed, attention-deficit consumers. Schor is mainly looking, in 2004, at the effects of television advertising. Consider that, and all that has transpired since…

Plato apparently defined education as “teaching our children to find pleasure in the right things”. My, how we in the West have failed! We have allowed a culture to develop which educates our children to value all the wrong things. Social media and other online activity have by 2018 further robbed parents of their status as gatekeepers who monitor their children’s activity, and now children are going it alone in a predatory and lonely consumer environment. Children’s sense of self is diminished and eroded by this barrage of advertising, direct and indirect, to the point where they start to believe that they are what they buy, what they own, what they wear, how they look. They are suffering mentally, physically and emotionally.

The chapter “How consumer culture undermines children’s well-being” collects and summarises some compelling evidence to arrive at the conclusion that “high consumer involvement is a significant cause of depression, anxiety, low self-esteem and psychosomatic complaints. Psychologically healthy children will be made worse off if they become more enmeshed in the culture of getting and spending. Children with emotional problems will be helped if they disengage from the worlds that corporations are constructing for them.”

This is specifically about consumerism, and not so much about social media. This is 2004, remember. But you could consider how excessive use of social media by children could entwine with their exploitation as consumers to exacerbate the negative effects.

Schor goes on to explain her conclusions. If we read them in the light of the increased participation by children in social media activity in the intervening 14 years, it seems particularly chilling.

Firstly, “the consumer involvement scale is registering strong feelings of dissatisfaction, unfulfilled longing, and a keen sense of social comparison… Desiring less, rather than getting more, seems to be the key to contentment and well-being.”

Secondly, “consumer involvement detracts from other beneficial activities and behaviours… Children who are more consumerist may be less oriented to socialising with their peers, siblings and parents, and may have poorer social connections overall. They may have less rich fantasy lives… Consumer culture becomes a substitute for what keeps kids happy and healthy.”

The trouble is that children don’t know that this frantic consumerism isn’t making them happy. They’ve totally bought into the myth not more is better, that their Christmas happiness depends on that Cozmo Robot at £129.99, the Lego Harry Potter Hogwarts Express at £74.99 or the charming toilet humour of the Poopsie Surprise Slime Unicorn (there are some words I never thought I’d string together), an absolute snip at £49.99. But they’re wrong. The moment they’ve ripped the paper off Barbie Careers (yes, really… it’s practically a public service – ye Gods…) Care Clinic Ambulance, they will be thinking of the next shot of consumer happiness, the next spending fix. That’s because the corporations are more powerful than the parents, and their profits depend on feeding the child’s hunger for more, and more, and more. It’s hard to stand up to this, but for our children’s sake, we would do well to try.

Nervous of jumping to conclusions, I’ve read a great deal about happiness – what really makes us happy, as opposed to what we THINK makes us happy. No matter which standpoint researchers and writers examine, the answer seems to be pretty universally agreed.

So in the end, not adding to the plastic mountain clogging up our seas and waters and choking the third world is a virtuous thing. Not buying everything on the list is the right thing to do. Plan time with your loved ones this Christmas. Dust down those lame board games, create some stupid quizzes, watch Elf for the umpteenth time together.

I wish you all a very joyful time. May you laugh together until your overstuffed tummies hurt. And may all your Quality Street be purple ones.