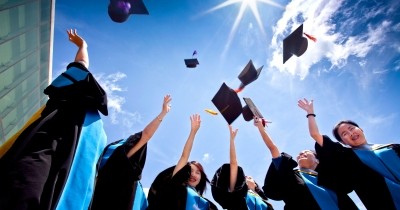 I was in my friend’s shop recently, choosing between two reasonably priced necklaces and having a chat at the same time, when my friend told me that Hannah, her assistant, was going to start her PGCE course after the summer.

“I know I’m mad,” said Hannah, “Everyone tells me it’ll be the worst year of my life.”

My jaw dropped. These were her friends telling her this. Their friend has made a choice to do something different and retrain to be a teacher, and they tell her she’s made a bad decision? Change your friends, love.

How can can it have become such a widespread opinion that teaching is a terrible, terrible job, and that even training to become a teacher will be the worst year of her life? When she’s completed that, she’ll probably be told that her NQT year will be even worse, really the worst year of her life because she’ll have to unlearn all the things she learned and relearn anew, and then she’ll hear that no, her second year will be even worse again because she’ll have an unmanageable timetable and will lose every semblance of a private life.

How did it come to this? Maybe that teacher-moaning thing has got out of hand, to the point where we are actually convincing ourselves that this profession we have chosen is inherently awful. Maybe it’s a misguided attempt to forewarn entrants to our profession that there are challenges ahead. Maybe the world really is full of teachers on the brink of a nervous collapse, desperate to get out. I’m sure there are some of them, and those for very good reason, but to think that anyone has to ready themselves for the worst year of their life before they’ve even started? It’s a tragedy that any of those worries should be phrased with such automatic negativity.

Her face lit up.

“Thanks,” she said, “you’re the first person who’s said that.”