“A good teacher, like a good entertainer, first must hold his audience’s attention, then he can teach his lesson.”

For quite a long time I was reluctant to include this quotation, as I believe it can easily be misinterpreted to mean that we teachers should be all-singing, all-dancing variety stars, juggling our props while we fascinate our charges with our dazzling personalities. Or, like this Dutch teacher, dressing up in a customised bodysuit to teach the location, I suppose, of the muscles and vital organs of the body.

I really hope John Henrik Clarke DOESN’T mean that. I hope he means something simpler. After all, he says that a good teacher must hold the attention of a class/audience as an entertainer has to.

I hope that what he is saying is the little nugget of truth which I learned when I took my already large, uncoordinated and poorly-behaved dog, Apollo, to puppy training class. As he urinated against a corner of the room and an assistant shuffled forward, rolling her eyes, with a bucket and mop I tugged furiously at his lead. Apollo, however, was transfixed by the bottom of a tiny toy terrier called Biscuit, and was paying me no attention whatsoever.

So what was that nugget of truth?

“Be more interesting than the distraction.” – my dog trainer. 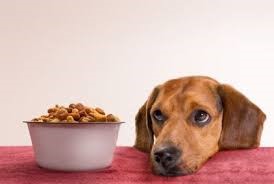 The next time I took Apollo through the door, he was a changed puppy. He trotted beside me on the lead, head upturned in adoration of his owner. His head never moved from that position; we passed a puddle (made, thank goodness, by a different dog this time – a shy dachshund called Gilda), we passed Cockapoos and Chihuahuas, all of whose bottoms remained unchecked by my devoted hound; he even trotted past a squeaky toy abandoned on the floor by a Great Dane called Tiny. Why? Had he learned over the intervening days to love and trust me? Had he recognized me as the leader of the pack? Did he realise that I was the fount of all doggy wisdom? No. He stuck to me like glue because in my hand I held a rolled up slice of wafer-thin, honey-roast ham, which hovered, visibly, about a foot above his nose and well within sniffing distance.

That ham was more interesting than any of the other distractions. As long as I had the ham, I won. It was two years before I took Apollo for a walk without ham, or cubes of cheese, or tiny bone-shaped dog-treats. By then the good behaviour had become ingrained and habitual.

My dog trainer talked about different value treats. Highest value treats are for the biggest distractions, or when you are teaching your dog that he or she needs to pay attention to you at all times. So in the park with lots of other dogs, or when you are kick-starting the training, it’s ham or chicken or cheese. At home, Its dry dog-biscuits.

If you expect students to take notice of you, you have to be interesting. Depending on the distraction, you have to select the appropriate value treat from your armoury.

People misunderstand interesting. Some interpret it as being like an entertainer. Some students will attribute their poor behaviour to the fact that they are ‘bored’ because the teacher is ‘boring’. That is unacceptable. It is not up to the teacher to entertain – it is, however, up to the teacher to hold the class’s attention. That is part of the job. We do this by a mixture of behaviour management and engagement.

As previously discussed, behaviour management doesn’t necessarily mean handing down rafts of sanctions, or not smiling until half-term (don’t get me started on that piece of appalling advice to new teachers…); it simply means encouraging good behaviour by the proper balance of masses of reward and encouragement,  and crisp but firm sanction when it is needed.

And engagement means providing a reason for the kids to engage. Make learning relevant, or exciting, or surprising, or just fun. If you’re bored teaching it, they’re probably bored learning it. If they’re bored learning it, they’ll succumb to the more interested distractions. The engagement in a classroom is worth the time spent preparing an interesting and engaging lesson. The energy in your lesson will make it easy for students to ignore the distractions.